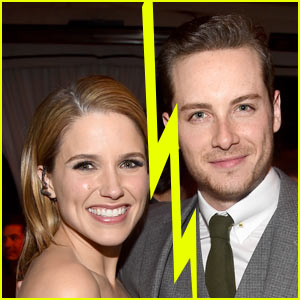 The actress stars on the NBC series Chicago P.D. alongside Jesse, 31, and they started dating last year.

Also pictured inside: Sophia looking casual in her workout clothes while stopping at the grocery store on Thursday (June 11) West Hollywood, Calif. She was also seen working on her fitness on National Running Day last week at The Westin Pasadena.