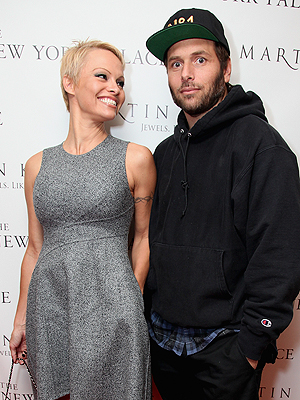 Six months after saying “I do” to Rick Salomon for the second time, Pamela Anderson has filed for divorce.

Anderson cites “irreconcilable differences” as the reason for ending her marriage to Salomon, according to papers filed by her lawyer July 3.

“We ask the media to please respect Pamela and her family’s privacy during this time,” Anderson’s rep says in a statement to PEOPLE.

The former Baywatch star, 47, first revealed she was seeing her ex-husband, 45, in October, and the two were wed by January.

“We’re very happy,” Anderson told E! at the time. “Our families are very happy and that’s all that matters.”

Anderson and Salomon first married in 2007 and were together only a couple of months before having the union annulled.

Anderson has two sons with ex-husband Tommy Lee, and Salomon has two daughters from a previous marriage.