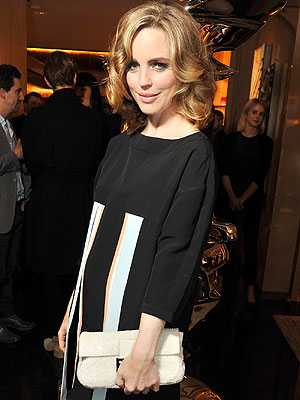 She may have just signed on to The Good Wife, but Melissa Georgeâ€˜s greatest role is yet to come: motherhood!

The actress is expecting her first child with boyfriend Jean-David Blanc, she announced Sunday on Twitter.

The Australian actress â€” who is also known for her roles on Alias and Greyâ€™s Anatomy â€” has had babies on the brain recently, telling the Herald Sun in March 2012 that she hoped a family was in her future despite her split from her now ex-husband.

â€œWhoever I have my baby with, I want to be proud of that man and I want to carry a child to a man who wants to do that as well,â€ she said. â€œBut, hey, Iâ€™ve got years when you think about it.â€