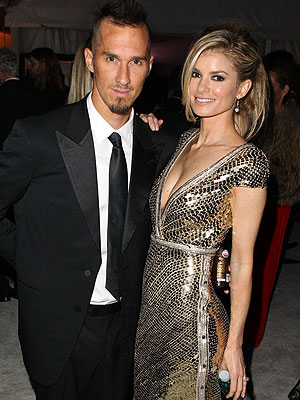 The model and actress her husband, record producer Griffin Guess, are expecting their second child in late spring, the couple tellÂ PEOPLE exclusively.

â€œBeing a mother has been the biggest blessing in my life. To get to experience it all over again is really exciting,â€ says the former Victoriaâ€™s Secret model and Sports Illustrated cover girl.

The baby will join the coupleâ€™s 22-month-old son Gavin Lee.

The mom-to-be, who bared her bump in a series of nude photos while expecting her first child, is all about embracing her body.

â€œI always felt, even before I got pregnant, that itâ€™s better to accentuate your curves,â€ Miller said. â€œObviously you canâ€™t suck it in, but itâ€™s important to really show off the belly.â€

Miller, who costarred with Ryan Reynolds in R.I.P.D. in 2013 and will appear in an upcoming PETA campaign, and Guess were married on April 15, 2006.