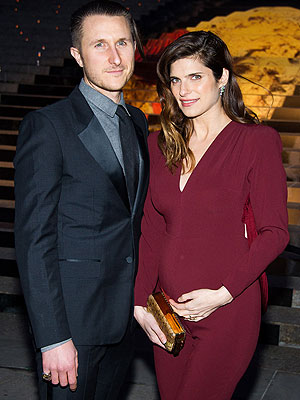 Thereâ€™s a baby on the way for Lake Bell.

Clad in an burgundy Stella McCartneyÂ jumpsuit and showing off her bump, the actressÂ posed for photos with her husband, a tattoo- and fine-artist, whom she met on the set of her former showÂ How to Make It America and wed last June.

The couple were married at the Marigny Opera House in New Orleans after a year-long engagement.

This is the first child for both. Bell next appears opposite Jon Hamm in Million Dollar Arm, opening May 16.