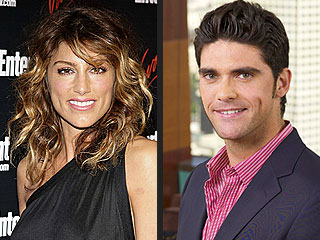 “They are happily engaged and enjoying their time together,” his rep says.

The New York native, 36, and Australian professional tennis star, 32, were engaged this summer.

Philippoussis once starred on the NBC reality dating show The Age of Love in which he was forced to choose between women in the 20s or 40s, who became known as the “kittens” and the “cougars.” He ended up picking “kitten” Amanda Salinas. At the time, he described himself as ” a simple guy who wants a simple girl.”

Esposito, who has appeared on Samantha Who?, Rescue Me and in the movie Crash, was previously married actor Bradley Cooper. A rep for the actress had no comment on her engagement.