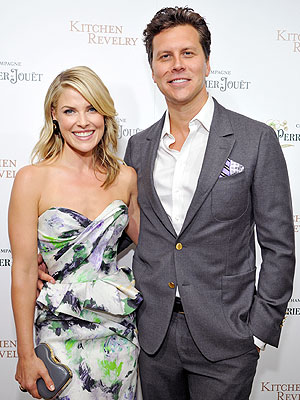 Welcome to the world, baby girl! Ali Larter welcomed her second child, a baby daughter, with her husband Hayes MacArthur last week, the actress announced on her website on Monday, Jan. 19.

“Itâ€™s a girl!” Larter, 38, wrote in her post, which included a darling photo of her newborn daughter sleeping peacefully as she’s bundled up in a blanket. “We couldnâ€™t be more excited to share news of the arrival of Vivienne Margaret MacArthur on Thursday January 15th 2015.”

Baby Vivienne joins her 4-year-old big brother Theodore, whom Larter lovingly included as part of her daughter’s birth announcement. “She came bearing gifts for her brother,” the Diabolical star wrote. “Batman sheets and lots of Gummy Bears!!! 7.5 lbs of love.”

Larter revealed she was pregnant again last August, debuting her baby bump during an appearance on The Tonight Show with Jimmy Fallon. Several weeks later, the pregnant Heroes alum showed off her burgeoning baby bump in a bikini snap while vacationing with Hayes.

Us Weekly spoke with Larter that same month at a Pampers event in NYC, where she spoke in detail about her second pregnancy and little Teddy’s latest milestones.

“Weâ€™re not going to find out,” Larter told Us at the time about the baby’s gender. “Itâ€™ll be a surprise.”

She joked to Us that she was somewhat-behind on the baby prep. “The second time does not get the [same] attention as the first,” she said with a laugh. “Thatâ€™s for sure.”

While little Vivienne was in her womb, Larter and Hayes tried to explain to their boy what was happening with her changing body.

“Weâ€™re helping him understand that his little baby brother or sister is growing inside my belly,” Larter told Us. “So heâ€™s a little gentler with me, but he does get interested. Sometimes he doesnâ€™t care, heâ€™s like, ‘Mom I donâ€™t care what itâ€™s saying,’ and other times Iâ€™ll be like, ‘Teddy itâ€™s talking to you.'” 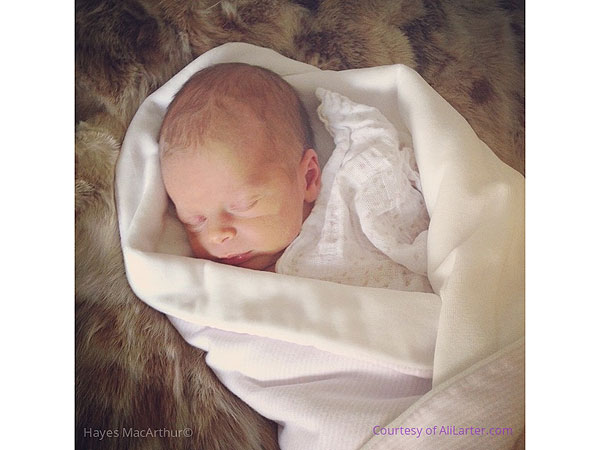