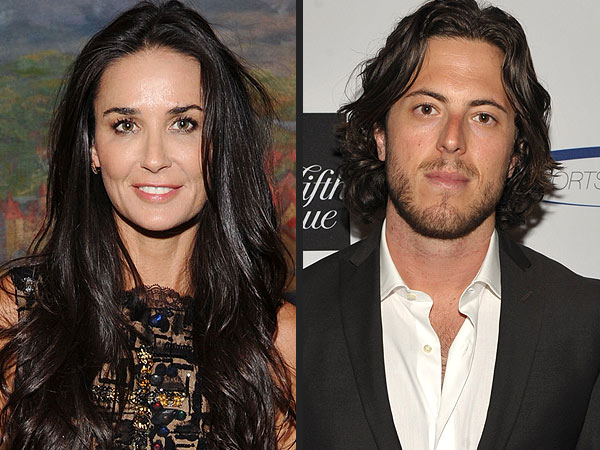 The actress and restaurant owner Harry Morton have been on several dates in recent weeks, including one to the South Beverly Grill in Beverly Hills, according to a source.

“Demi was very giddy during her date with Harry,” says the source. “She was really into him and seemed to very much enjoy his company.”

Moore, 50, and Morton, 31, have also hung out together at Moore’s Beverly Hills home, the source adds.

In November of 2012, Moore and ex Ashton Kutcher announced the end of their marriage. He filed for divorce in December and has been dating his That ’70s Show costar Mila Kunis.

Harry Morton, who founded Pink Taco restaurant chain, dated Lindsay Lohan in 2006 and was linked to Jennifer Aniston in 2010.

A source told E! Online, who first reported the news, “They are just getting to know one another … [Moore is] in a really good place at the moment and is hopeful about the future.”