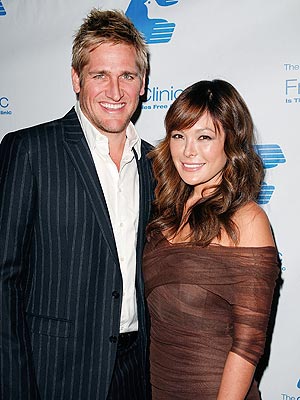 Keep up with your favorite celebs in the pages of PEOPLE Magazine by subscribing now.

After welcoming their first child, son Hudson, together in November 2011, the couple announced their engagement in July 2012 about three years after they began dating in 2009.

“She is a real sweetheart,” the celebrity chef told his native Australia’s Herald Sun in 2011, “and I am lucky to have found her.”

This is the first marriage for Stone and the second for the former Eastwick star, who was previously wed to Shawn Piller; the pair split in 2007.