Carrie Underwood is officially a mommy! The country crooner, 31, and her husband Mike Fisher welcomed their first child on Friday, Feb. 27. The American Idol alum announced the big news on social media on Tuesday, March 3.

â€œTiny hands and tiny feet…God has blessed us with an amazing gift! Isaiah Michael Fisher – born on February 27. Welcome to the world, sweet angel!â€ she captioned the shot of her little oneâ€™s hand. 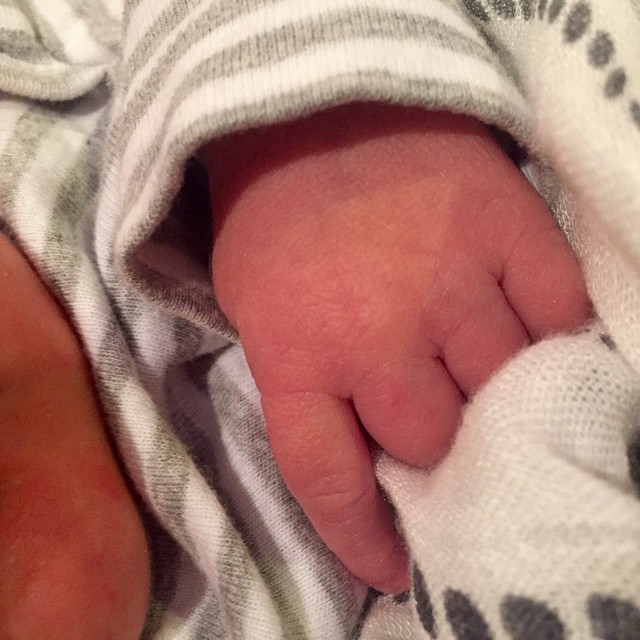 After months in the spotlight during her pregnancy, attending various awards shows and hosting the 2014 CMA Awards in November, Underwood has been relatively quiet throughout the month of February.

In late January the blonde stunner posted a funny picture on Twitter, balancing snacks on her growing baby bump.

â€œPregnancy perk: using my belly as a tabletop for my snacks! Nom nom nomâ€¦â€ she wrote.

For the big gender reveal, the couple went to a private dinner to open the envelope.

“Just the two of us in a nicer setting, but we both knew,” she told ABC back in January. “So, that was just confirming our suspicions. We didn’t really speak of it before, ’cause we were both just like, ‘Whatever. It’s all good.’ But we knew it was a boy.”