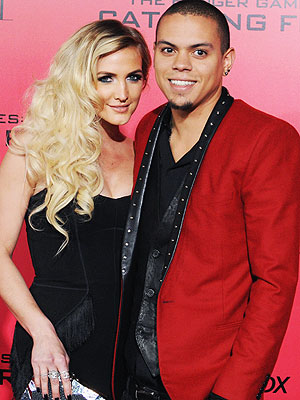 The singer, 29, is engaged to actor Evan Ross, the couple announced via Twitter on Monday.

The couple went public with their relationship in July, and Simpson was spotted getting to know her future mother-in-law, Diana Ross, at a concert after-party in August.

At The Hunger Games: Catching Fire premiere in November, Ross hinted at the pair’s future, admitting, “She’s the one.”

“I’m so in love and we’ve got amazing things going on,” he said to The Insider. “And we inspire each other.”

Evan has even spent quality time with Simpson’s 5-year-old son Bronx Mowgli from her previous marriage to Pete Wentz.