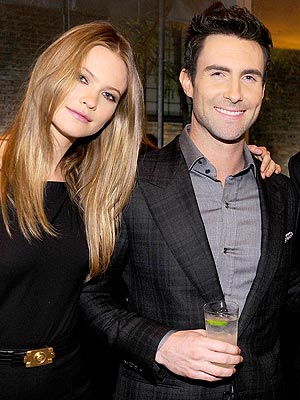 Adam Levine and Behati Prinsloo have gotten back together â€“ in a very big way!The Voice judge, 34, and Victoria’s Secret Angel, 24 â€“ who parted ways in late spring â€“ are headed to the altar, Levine’s rep tells PEOPLE exclusively.

“Adam Levine and his girlfriend Behati Prinsloo are excited to announce they are engaged to be married,” the rep says. “The couple recently reunited and Adam proposed this weekend in Los Angeles.”