Rose Byrne is pregnant and expecting her first child with Bobby Cannavale.

Byrne’s having a baby! Rose Byrne is pregnant and expecting her first child with actor boyfriend Bobby Cannavale, Us Weekly can confirm.

The actress was spotted at LAX on Thursday, Oct. 22, with a small baby bump behind her loose plaid shirtdress.

Byrne, 36, and the Boardwalk Empire actor, 45, began dating in 2012, and have starred on the big screen together in 2014’s Adult Beginners and Annie.

The Australian actress was photographed sporting a small baby bump – possibly for her role – while filming Neighbors 2 in Atlanta, Ga., on Thursday, Sept. 10.

The longtime couple kept relatively mum about the relationship during their first year of dating, but began to open up after Cannavale gave Byrne a shout-out during his 2013 Emmys speech.

“And I want to thank the love of my life, Rose,” he gushed at the time.

Byrne, meanwhile, dished about her love life in Elle Canada’s May 2014 issue. “To be honest, I’m not naturally that much of a romantic personâ€”Australians don’t like making a fuss,” she said. “I have trouble with things that feel very manufactured, like Valentine’s Day. I’m trying to get better at romance.” 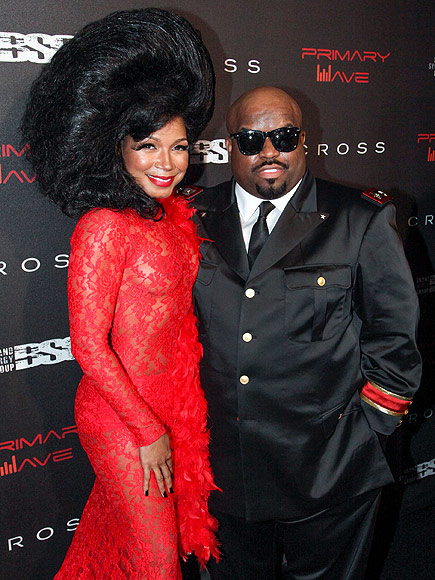 PEOPLE can confirm that the Grammy-winning singer is engaged to his longtime girlfriend, Shani James.

While filming a music video for his song “Work,” which will be released on his new album, Heart Blanche, Green decided to spill some intimate details of the unexpected news exclusively with PEOPLE.

With James, 38, by his side, Green couldn’t help but reminisce the moment he proposed.

“It was just a typical night at the studio, but then again, not so typical cause I did something extra special, out of the ordinary,” Green, 41, tells PEOPLE.

“I went and purchased a ring that we had seen together, maybe four or five months or so prior. I went back and purchased the ring and I just kind of had it stashed away in some old equipment. And I said, ‘Will you reach in there and grab something for me?’

To James’ surprise, Green had a special (and shiny) gift waiting for her.

“It was the most beautiful diamond ring I had ever seen in my life. It was lit up by a light,” says James. “I said, ‘What is that?’ He just looked at me and said, ‘Well…?’ And I was just like ‘Oh my goodness.’

She adds, “I said, ‘Babe, I can’t believe it.’ He said, ‘You’ve been such a good woman. You’re such and amazing person. You’re my life partner. You’re my best friend. I want to share the rest of my life with you.'”

The couple, who have been engaged for about a year now, have been hush-hush on the news for a certain reason.

” Truth be told, it’s not something we wanted to promote ,” says the singer. “We’re a collective power together because our private life is sacred. But you know what though, maybe it’s time. Maybe it is time for the world to know that I have a very secure situation and a loving woman supporting me the entire way .”

The former Voice judge , who was previously married to Christina Johnson, admits that he is thrilled to have found a “very genuine and honest” woman to share his life with.

“I appreciate her openness and willingness to love unconditionally ,” says Green. “She’s been so sweet to me through a number of different trials that come to test the resilience of a union to deem whether it’s worthy or not, whether it’s durable or strong enough. ”

He adds, “I think now that I’m describing it as she’s standing here, it’s kind of, surreal because it’s not exaggerated. It’s absolutely true. It’s absolutely our private life. This is my first time putting it into words. It’s also given me the opportunity to give it a poetic justice.

Though the two have not begun planning the wedding, Green says that he will be very proactive when the time comes.

“I’m a pretty hands on person,” he says. “We’ll be prepared to be spontaneous.” 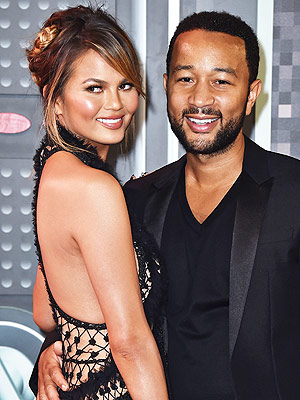 A little Legend is on the way.

MusicianÂ John Legend and his wife, modelÂ Chrissy Teigen, are expecting their first child, they announced on Instagram Monday.

â€œJohn and I are so happy to announce that we are pregnant,â€ she wrote.

â€œAs many of you know, weâ€™ve been trying to have a baby for a while now. It hasnâ€™t been easy, but we kept trying because we canâ€™t wait to bring our first child into the world and grow our family.â€

She adds, â€œWeâ€™re so excited that itâ€™s finally happening. Thank you for all your love and well wishes. I look forward to all the belly touching! Xxâ€

The news comes weeks after Teigen, 29, got candid aboutÂ the coupleâ€™s struggle to conceive.

â€œJohn and I were having trouble,â€ she said during an emotional interview on her new daytime talk show, FABlife.

â€œWe would have had kids five, six years ago if it had happened. But, my gosh, itâ€™s been a process.â€

â€œI wanted to talk about it for so long,â€ she recently said. â€œIt didnâ€™t feel right to ever tweet, â€˜Ugh, doing my IVF shots again.â€™ It just sounded silly. It definitely was not planned in that episode at all.â€ 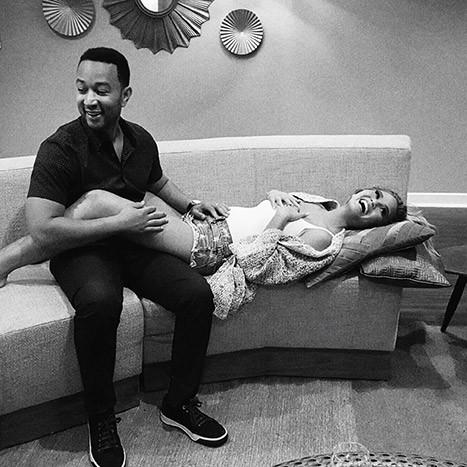 When it came to inquiries about when theyâ€™d start a family, Teigen said she understood the impulse to ask, but encouraged people to think twice when broaching the question.

â€œItâ€™s a sweet question. It comes from a good place, but sometimes you never know what the person [is going through],â€ she says. â€œWhat you really want to say [is], â€˜Iâ€™m trying and I canâ€™t.â€™ â€

As she prepares for motherhood, Teigen already has a few firm rules she plans to follow â€” at least when it comes to childcare.

â€œNo hot nannies, drivers or maids,â€ she recently said. â€œItâ€™s an ongoing joke in my house. I do want kids one day, so itâ€™s something that I have to think about.â€

As for how many babies will make up their brood? Teigen told PEOPLE she sees a big family in her future.

â€œI picture us with three or four,â€ she said in May. â€œJohn and I go hard in everything we do. And we like a bit of chaos.â€

Following their engagement in 2011, the â€œAll of Meâ€ singer, 36, and Teigen tied the knotÂ during a ceremony in Lake Como, Italy, in 2013. The parents-to-be just celebrated their second wedding anniversary on Sept. 14.

Amanda Seyfried and Justin Long are back to walking red carpets solo.

After more than two years of dating, the Ted 2 beauty and New Girl actor have split. â€œIt happened a few weeks ago,â€ a source close to the couple reveals in the new issue of Us Weekly. â€œHeâ€™s really heartbroken.â€

Seyfried fell for Long on Instagram in the summer of 2013. â€œI thought something he said was really funny,â€ she revealed to Vogue in May. â€œIt was a beautiful picture of a snail, and the caption said, â€˜F——g MOOOOOOOOVE.â€™ It made me laugh out loud, so I texted him.â€

While Long, 37, declared on the Today show in 2014 that the couple was â€œin it for the long haul,â€ another source says their relationship has been quietly unraveling. â€œThey had different schedules and different lives,â€ explains the source. â€œThey just grew apart.â€

As Seyfried also admitted to the fashion mag, â€œMaking movies is two solid months of 12-, 14-hour days. I mean, it can ruin your relationship.â€

The couple shared a $1.9 million apartment in New York City. Prior to her relationship with Long, Seyfried was linked to Dexter actor Desmond Harrington, and before that dated Dominic Cooper for three years before splitting in 2010. Long previously dated Drew Barrymore and Kate Mara.

A Glee-ful arrival! Naya Rivera has given birth to a baby boy, her first child with husband Ryan Dorsey, multiple sources reveal exclusively in the new issue of Us Weekly. The couple welcomed their new arrival last month in L.A.

“They are so excited to be first-time parents,” one insider tells Us of the Glee alum, 28, and her actor hubby, 32. “It was a very easy pregnancy and birth.”

Pals say that parenthood has been a breeze, too. “Naya was born to be a mother and is doing really great so far,” the source says. “And Ryan has amazing paternal instincts and has been waiting on them both hand and foot.”

The singer-actress and her husband of one year first announced her pregnancy via Instagram this past April. “Surprise! We’re having a baby! Ryan and I feel so blessed and can’t wait to welcome the newest member of our family,” Rivera wrote in the post, on top of an adorable throwback photo of herself and her hubby as kids.

The star kept her fans updated on her pregnancy on her personal website, blogging about her body’s changes, and offering tips to other pregnant moms-to-be.

During her second trimester, Rivera was especially excited about how she could share her baby’s growth with Dorsey. “There is one thing about the second trimester that makes it all worthwhile: Those first real kicks from your baby,” Rivera blogged. “I will never forget the moment Ryan felt the baby kick for the first time. It truly was one of those precious memories I will have forever.”

The new parents married in a destination wedding in Cabo San Lucas, Mexico, in July 2014, three months after Rivera ended her engagement to rapper Big Sean.

“They have been since last Christmas but prefer to be private,” one insider tells Us. “She’s been wearing the ring.”

Indeed, she has! The Leftovers actress, 38, stepped out wearing the gorgeous new bling while walking with her husband-to-be, 57, in London this past April. “Dave’s perfect for her,” a second insider previously told Us.

Tyler and Gardner began dating last year. They welcomed baby boy Sailor Gene six weeks early back in February. “Our little one has arrivedâ€¦” Gardner captioned an Instagram snap of the baby boy’s hand at the time.

Kaley Cuoco and Ryan Sweeting are ending their marriage.

“Kaley Cuoco and Ryan Sweeting have mutually decided to end their marriage,” Cuoco’s rep tells PEOPLE exclusively. “They ask for privacy at this time. No further statement will be issued regarding this matter.” 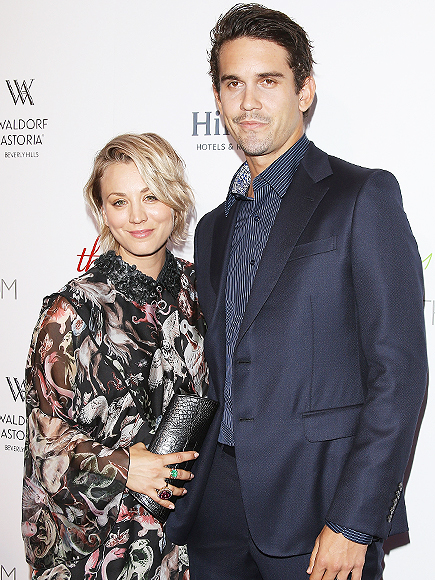 On Friday, Cuoco posted a photo of her dog Norman to Instagram, captioning it, “#mood.”

The couple fought back against rumors of marriage troubles earlier this year with Cuoco taking to Instagram in April to deny the rumors.

“I have never been more proud of anyone on this planet â€“ this guy is fighting back from a whirlwind of injuries and not to mention constant ‘conversation’ regarding our marriage and basically any daily decision we decide to make,” Cuoco wrote in April.

The pair were engaged in September 2013 after a whirlwind romance.