Thanks to a lucrative array of athletic contracts, concert tours, and endorsement deals, the 12 best-paid celebrities under 30 collectively pulled in $573.5 million between June 1, 2009, and June 1, 2010. At an average age of 24, these wealthy 20-somethings have out-earned their rivals with a mix of talent and business savvy. Whether they’ve catapulted to fame on the athletic field or the Billboard charts, they’ve shrewdly parlayed their bold-face names into multimillion-dollar brands complete with endorsement deals, fashion lines, and top-selling fragrances.

Missing from a list that’s primarily populated by top-notch athletes (No. 6 LeBron James) and touring musicians (No. 11 The Jonas Brothers) is Hollywood’s TV and movie star set. The reality: Though hit film franchises like “Twilight” and “Harry Potter” have raked in more than $1 billion at the global box office, their stars see only a sliver of those totals. Instead, the estimated sums Kristen Stewart, Rob Pattinson, and Daniel Radcliffe pulled down — $12 million, $17 million, and $25 million, respectively — were not enough to rank among the mid-to-high eight-figure earners on the list.

Topping our annual tally for the second year in a row is Beyonce Knowles, the 28-year-old songstress who raked in an estimated $87 million during the 12-month period. As one half of hip-hop’s most powerful couple, Beyonce’s earning-power is indicative of both her talent and her willingness to diversify, a must to make this top-earners list. In addition to endorsement deals with companies from Nintendo to L’Oreal and her ever-expanding Dereon fashion line, the 90-plus stops on her world tour grossed $86 million.

In at No. 2 is Britney Spears, whose $64 million haul will come as a surprise to many given her erratic behavior in years past. But rather than swing umbrellas or check into rehab, Spears spent last year logging the fifth highest-grossing tour in the world, bringing in $130 million in gross box office receipts over 90-pus nights. Making still more money for the tabloid staple are the pricey deals she’s cut with Candies and Elizabeth Arden fragrances.

Lady Gaga rounds out the top three, pulling down an estimated $62 million — enough to earn her a debut spot at No. 4 on the Forbes Celebrity 100 list — over the year-long period. A younger generation’s Madonna, her success can be attributed to a cocktail of theatricality, talent, and an edgy yet business-friendly image. On top of 106 tour dates that grossed $95 million and a music video for “Telephone” that’s been viewed some 90 million times, the 24-year-old woman born Stefani Joanne Angelina Germanotta has teamed up with a slew of corporate sponsors from Miracle Whip and Virgin Mobile to Monster Cable and Viva Glam. Over at camera company Polaroid, she’s been granted a creative director title.

Teen queen Miley Cyrus registers at No. 4, thanks to the estimated $48 million she earned during the year. Though it’s her Disney alter-ego Hannah Montana that’s responsible for her rise to fame, Cyrus banked the bulk of the year’s income on tour as herself. In addition to heavy radio play and her roles in both “The Last Song” and recently wrapped “Hannah Montana,” the 17-year-old averaged a nightly gross box office of $1.2 million across 57 tour dates. The latest, a Can’t Be Tamed studio album and music video featuring a scantily-clad Cyrus, turned heads and a profit.

Trading on a more G-rated image, Taylor Swift lands at No. 5 with an estimated $45 million for the year. At 20, the country darling is among a shrinking subset of artists who can still convince millions of fans to legally buy her music. Proof: Her Fearless album topped the 2009 sales charts, moving 3.2 million units, while fans downloaded another 12 million tracks from iTunes and Amazon. Still more impressive, she was the most-played radio artist of the year and her 100 live dates during the 12-month period grossed $54 million. Padding her pocketbook are juicy endorsement deals with companies like Sony and CoverGirl.

15 Most Profitable Female Tours Ever

The 50 Most Popular Women on the Web (According to Google) 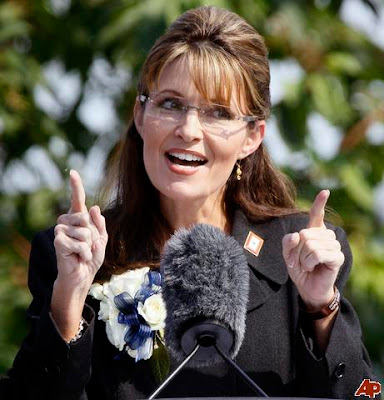