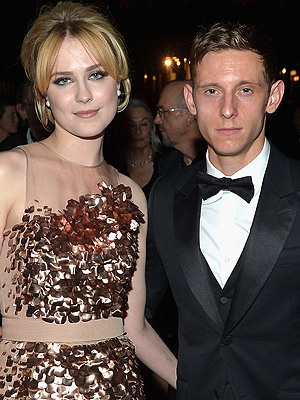 The actress, 25, tied the knot with actor Jamie Bell, 26, on Tuesday, a rep for Wood confirms to PEOPLE.

“The bride wore a custom dress by Carolina Herrera,” the rep says in a statement. “It was a small ceremony with close family and friends.”

Wood, rumored to be engaged to Bell since January, first dated him in 2005, after they both costarred in Green Day’s “Wake Me Up When September Ends” music video. The pair got tattoos of each other’s first initial.

Since their first courtship, Wood went on to have a highly publicized romance with Marilyn Manson, to whom she was engaged in 2010, then reconnected with Bell.