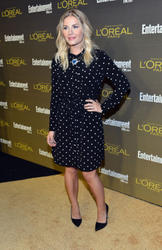 Elisha Cuthbert is getting her happily ever after!

The couple, who began dating in May 2008, celebrated at New Glasgow Lobster in Prince Edward Island, Canada, later that night. “Last night we had the privilege of hosting a surprise engagement party for Dion Phaneuf and Elisha Cuthbert,” the restaurant tweeted September 3. “Congrats to them both.”

Announcing their engagement at the venue was “a nice surprise for all their guests,” according to the restaurant’s Facebook page. “Congrats to them both and LOVE the ring!”

Phaneuf “made the reservation about a week ago but never said it was for an engagement party,” a source tells Us Weekly exclusively. “They invited 40 friends and family to celebrate at the restaurant.”

The group feasted on lobster in the restaurant’s downstairs dining area. “Elisha looked very happy and pleased. She was showing off her ring to her family and the wait staff,” the source adds. “The female wait staff were gushing about the ring saying it was ‘quite impressive’ and ‘huge.’ At one point, Dion and Elisha both got up an gave a speech and thanked everyone for being there and celebrating this exciting time with them.”

Phaneuf, who is captain of the Toronto Maple Leafs, made his NHL debut in 2005. Cuthbert’s other TV and film credits include 24, Old School, The Girl Next Door, Love Actually and House of Wax. 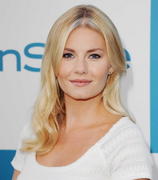