The timing is right: Anna Faris and Chris Pratt are going to be parents!

The Dictator actress, 35, and her Parks and Recreation star husband, 32, are expecting their first child this fall, her rep tells PEOPLE exclusively.

After tying the knot in 2009, the couple were open about their dreams of a large family, but admitted the timing was â€œso hard in this industry.â€

Still,Â The Five Year Engagement actor made it clear he was ready to fall into fatherhood sooner rather than later. â€œChris wants a big family,â€ Faris told PEOPLE.

The actress stars alongside Sacha Baron Cohen in The Dictator, opening May 16, andÂ is currently filming Working Titleâ€™sÂ I Give It a YearÂ in London with Rose Byrne and Simon Baker.

Pratt is filming Zero Dark ThirtyÂ for director Kathryn Bigelow and will appear with Channing Tatum in Ten Year this September. 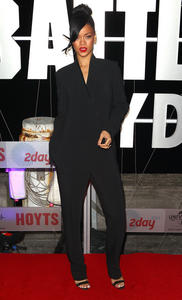 6.Teresa Palmer (Wish You Were Here premiere in Sydney Australia)

4.Rachel McAdams (arrives at her hotel in Manhattan)